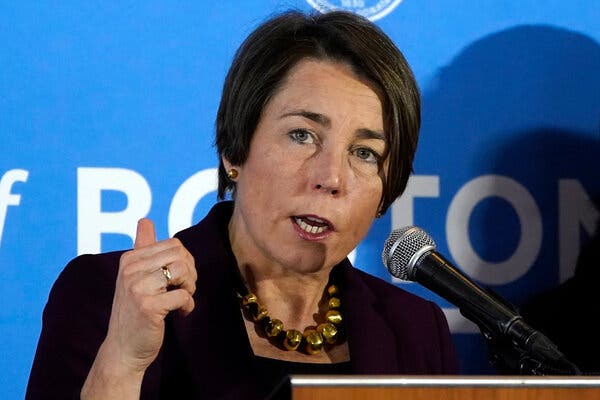 Monterey Financial Services LLC has agreed to pay $930,000 in debt relief and restitution to settle allegations that it was conducting the practice, which is banned in the Bay State and others. 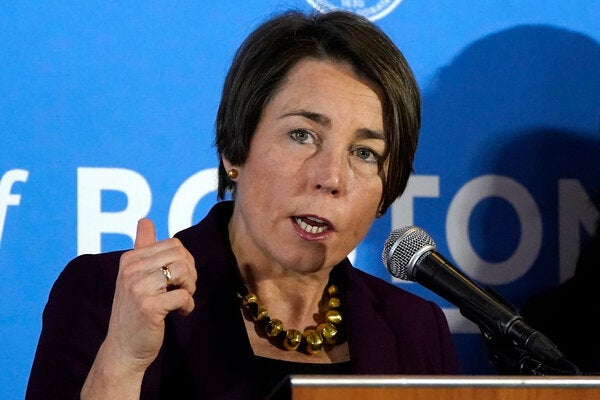 “Families in Massachusetts looking to get a dog should not be trapped in leasing agreements that are harmful,” Maura Healey, the Massachusetts attorney general, said. Credit... Charles Krupa/Associated Press

Shortly after Catalina Ortiz-Sierra lost her job and failed to make payments on what she thought was a loan, a collections agent in 2019 threatened to take away her dog, Milo, a Shih Tzu-poodle mix.

The Boston resident was shocked to learn that she didn’t own her dog, but rather was leasing Milo, as if he were a car or an apartment. It’s a practice that some states, including Massachusetts and others, have made illegal, officials said.

On Wednesday, the Massachusetts attorney general announced that a California-based financial services company had agreed to $930,000 in debt relief and restitution to settle allegations that it was illegally leasing dogs in the Bay State, including to Ms. Ortiz-Sierra.

Under the agreement, filed in Suffolk Superior Court, Monterey Financial Services LLC, based in Oceanside, must waive outstanding debt on the leases, provide payments to some consumers and transfer full ownership of the dogs to hundreds of Massachusetts residents, Maura Healey, the attorney general, said in a statement.

“Families in Massachusetts looking to get a dog should not be trapped in leasing agreements that are harmful, expensive, and illegal,” Ms. Healey said. “We will take action to stop this exploitive practice of using dogs as emotional leverage.”

The document states that Monterey does not admit or deny the attorney general’s allegations. In a statement Thursday, the company said that its A+ rating with the Better Business Bureau was the product of its “professionalism and adherence to compliance.”

“While we disagree with the state’s findings, we have elected to come to an agreement to move away from this issue to best serve our clients,” the statement said, not explaining precisely what part of the attorney general’s findings it disputes. “Monterey has and continues to strive to employ business practices in full accordance with all applicable laws and regulations.”

The American Society for the Prevention of Cruelty to Animals said the practice of leasing pets was believed to have started around 2013, with a Nevada-based company that would transfer its debt to Monterey after the animal was “purchased.” Consumers don’t interact with these companies during the application process, according to the A.S.P.C.A., and the word “lease” is not mentioned in promotional material.

“We’ve heard stories about pet stores simply handing the consumer a tablet to initial and sign — so consumers don’t see the full contract until the first payment is due — which is often done by auto withdrawal,” Kevin O’Neill, vice president of state affairs for A.S.P.C.A., said in a statement on Thursday. “By then, the dog is in their home.”

People lease pets for many reasons. As opposed to those that are sold at shelters, dogs from pet stores can be expensive, sometimes costing thousands of dollars. In other cases, like Ms. Ortiz-Sierra’s, the buyer doesn’t understand the financial terms of the contract, that the dog can be repossessed with failed payments.

Under these arrangements, the individual must make monthly payments for the duration of the lease and often must make an extra payment at the end to finally own the dog, Ms. Healy said. Her office has been conducting investigations into financial companies that originated or bought dog leases, she said.

Animal-rights advocates like the A.S.P.C.A. have criticized the practice. The group said in July 2018 that pet leases are “predatory arrangements” often padded with large fees and heavy default penalties that could end up costing buyers many times the original price tag.

“Pet stores have long used the emotional connection people feel towards puppies to lure customers in, but the cost to purchase those animals — often several thousands of dollars — may still deter purchasers,” Matt Bershadker, the group’s chief executive, wrote at the time, when New York was considering outlawing the leasing of dogs and cats, which it did months later.

“That’s why many pet stores, determined to make a sale, use an array of deceptive financing options like pet leasing to move their ‘inventory’ before the puppy gets too old or too big.”

In fact, Ms. Ortiz-Sierra said she felt misled when she obtained Milo, who is now three years old and her frequent travel companion, from a pet store in a mall outside Boston in 2019.

And when she defaulted on the lease, she said, collectors demanded $13,000, more than three times the price of the dog, lest it be taken away.

“I didn’t read the fine print when I was signing,” Ms. Ortiz-Sierra said. “Make sure you know what you’re getting into. That’s for dog leasing or anything.”