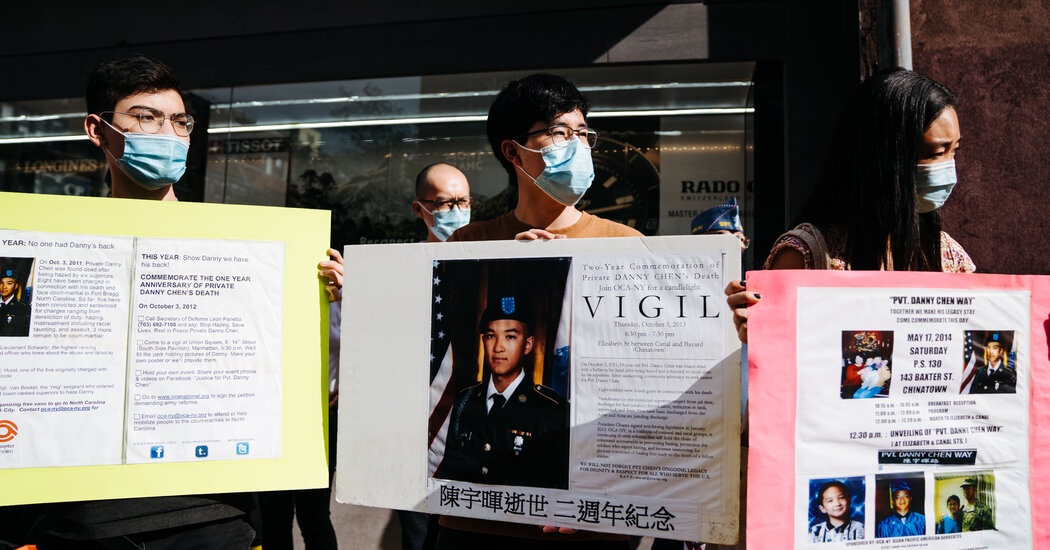 Private Chen died by suicide at 19 after being hazed by fellow soldiers in Afghanistan. Ten years later, his family sought to uplift the community that raised him. 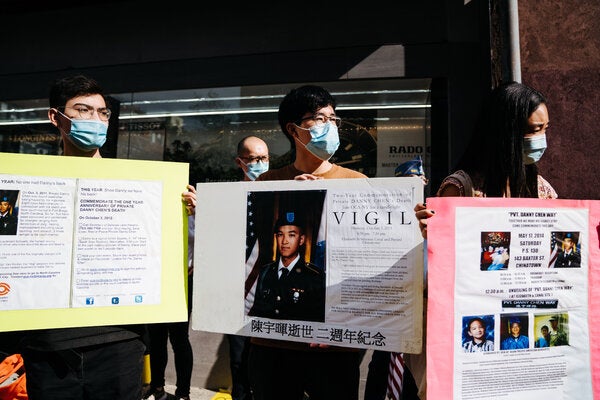 Pvt. Danny Chen killed himself in 2011 after soldiers stationed with him in Afghanistan subjected him to intense hazing and racism. A decade later, he was remembered in Chinatown. Credit... Janice Chung for The New York Times 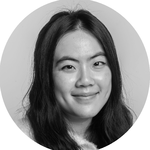 Before he was an Army private, before the events of his tragic death sparked a national reckoning over military hazing and rallied his neighbors to demand justice, before his name was on the street sign at the corner of Canal and Elizabeth Streets and his life had inspired an opera, Danny Chen was just a teenager from Chinatown.

When he wasn’t in school or at Chinese lessons, he spent much of his days playing handball, eating McDonald’s and hanging around Manhattan’s Chinatown, where he was born and raised. He had dreams of serving in the military and enlisted in the Army after high school.

All of that normalcy was cut short on Oct. 3, 2011, when he died by suicide after his fellow soldiers brutally hazed him and subjected him to racist treatment in Afghanistan. He was 19.

Ten years later, Chinatown residents, community advocates, public officials and members of the Chen family gathered on Sunday to conduct a walking tour of local businesses and restaurants he frequented. 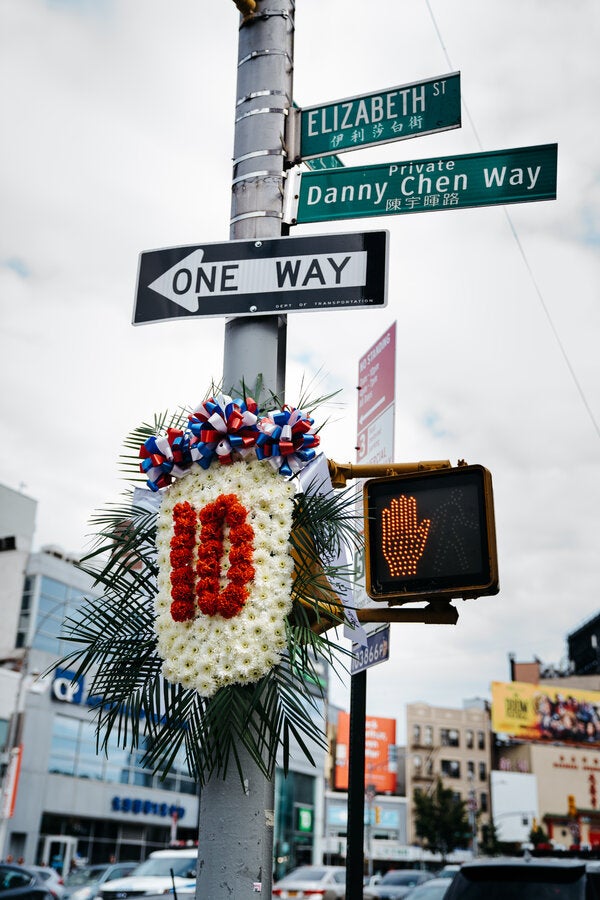 Flowers in front of Pvt. Danny Chen Way, on the corner of Elizabeth and Canal Streets, marked 10 years since his death. Credit... Janice Chung for The New York Times

“My thought this year was, ‘What if Danny was still here? How would Danny feel if he were alive?’” said Banny Chen, 27, his cousin. “He would probably feel sad about things that have been happening with the community in Chinatown. And one of the things he would want is to continue to see Chinatown survive.”

At Columbus Park, the group recalled memories of a 10-year-old Danny playing tag with his friends while his grandmother played cards. At the Dashop Corp. hobby store a few blocks away, the owner reminisced about him shopping for Yu-Gi-Oh trading cards. There was also a stop at Good Field Trading Co., which sells Chinese stationery and newspapers, where his parents would buy him red envelopes, fill them with money and give them to their only child as a gift — a Chinese tradition.

Outside Public School 130, where Danny went to elementary school, his former teacher Renny Fong, 50, described him as a bright, bubbly student who wore a Mickey Mouse T-shirt and was in the gifted-and-talented program. 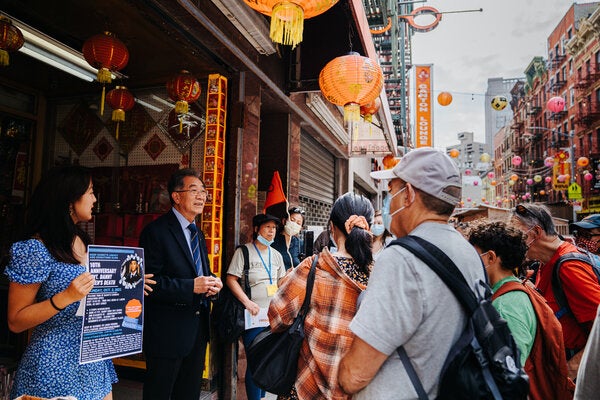 Community members outside the shop where Private Chen’s parents would buy him red envelopes, to be filled with money for special occasions. Credit... Janice Chung for The New York Times

Danny was one of the tallest people in the family, Banny Chen said, standing at well over six feet. He was also the comedian, the most comfortable with adults out of all the children. He served as their main go-between, and his death left a hole in the family’s cross-generational connective tissue.

The group paused outside his childhood home, a third-floor apartment overlooking Elizabeth Street, where his cousin recalled playing with Yu-Gi-Oh cards in the building’s courtyard — really just a “slab of pavement,” he said, laughing.

Danny always knew which restaurants were hidden gems, his cousin said, and introduced him to pho and to jumbo hot dogs near the Manhattan Bridge that cost $1.50. The two of them got into handball and would spend entire days wandering around looking for empty courts to play in.

Updates on Afghanistan   Sign up for a daily email with the latest news on the Taliban takeover in Afghanistan.

The ordinariness of Danny’s life is what makes his death that much more terrifying, his cousin said: It’s the thought that what happened to him could have happened to anyone.

As Danny got older, he dreamed of becoming a police officer, and eventually, to his parents’ trepidation, a soldier. He enlisted in the Army, and in August 2011 he was deployed to Kandahar Province in Afghanistan.

Soon after he arrived, he faced intense hazing and racist taunts from his fellow soldiers and his superior, his family said. In one incident, he was dragged out of bed and across the floor by a superior after apparently forgetting to turn off the water heater.

Days later, on Oct. 3, he killed himself. Eight soldiers were charged in connection with his death, with one thrown out of the military and others given demotions and short prison sentences. 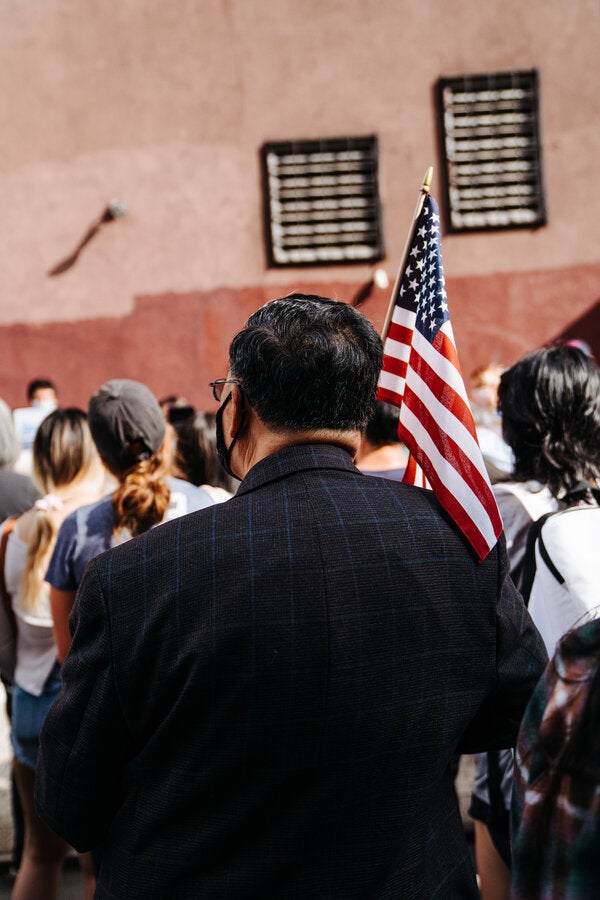 The 10th anniversary of his death comes at a particularly poignant moment, amid a year of rising anti-Asian sentiment and hate crimes, much of it fueled by racist narratives about Asian people circulated during the coronavirus pandemic.

Understand the Taliban Takeover in Afghanistan

Who are the Taliban? The Taliban arose in 1994 amid the turmoil that came after the withdrawal of Soviet forces from Afghanistan in 1989. They used brutal public punishments, including floggings, amputations and mass executions, to enforce their rules. Here’s more on their origin story and their record as rulers.

Who are the Taliban leaders? These are the top leaders of the Taliban, men who have spent years on the run, in hiding, in jail and dodging American drones. Little is known about them or how they plan to govern, including whether they will be as tolerant as they claim to be. One spokesman told The Times that the group wanted to forget its past, but that there would be some restrictions.

This year in particular, the anniversary served as a reminder of how little things have changed, in some ways, about the way this country treats Asian Americans, organizers said.

Wellington Z. Chen, executive director of the Chinatown Partnership, a neighborhood development corporation, was among the community members who rallied behind the family a decade ago.

“The thing that’s heartbreaking is to see the parents,” he said. “This is their only child, almost 6-foot-4, and he came back in a bag weighing less than 80 pounds.” 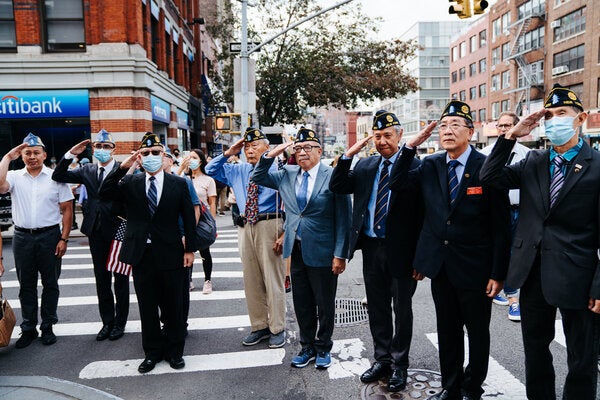 Members of the American Legion saluted as they looked up at the street sign named after Private Chen. Credit... Janice Chung for The New York Times

Elizabeth R. OuYang, former president of the New York chapter of OCA-Asian Pacific American Advocates, a nonprofit organization, said it was Banny Chen’s idea to use the anniversary to give back to the Chinatown community, whose strength the Chen family relied on for support during the soldiers’ trial and in the years that followed.

“He wanted to serve the country,” Ms. Chin said. “That’s why he enlisted. And I think that is a proud history. We still need to make sure our sons and daughters are protected. There’s still a lot of work that needs to be done.”

Though the Chinatown community has commemorated Danny’s life every year, his parents have stayed home to watch via livestream in recent years because their sadness is too great, Ms. OuYang said. But they still help out with planning, and they chose all the places on Sunday’s tour.

“If we can’t remember the sacrifice of an American soldier of Chinese descent and how he was treated, then it’s a reflection on how the rest of our community will be treated,” Ms. OuYang said. “It’s not an issue of ‘cannot forget.’ It’s ‘must not forget.’”

This is the mantra that has kept his parents going in their darkest days over the past decade, Ms. OuYang said. They have only one wish: that people remember their son.