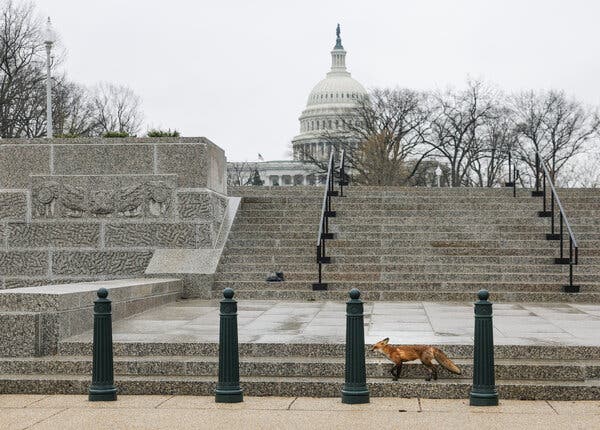 Foxes and D.C. Politicians Don’t Mix, As This Week and History Show

Sign Up for On Politics, for Times subscribers only.   A Times reader’s guide to the political news in Washington and across the nation.

When a call about a fox sighting at the U.S. Capitol came in Monday night, it wasn’t a shocking turn of events for Christine Leonard, the director of the Office of Legislative and Public Affairs at the Architect of the Capitol.

“While it often is not very visible to the public,” she said, “it is not all that unusual that we could find some wildlife among us outside.” Her office notified the Capitol Police, which set about trying to catch the “four-legged offender.” Typically, a captured animal would be brought back to its natural habitat — a nearby forest, perhaps.