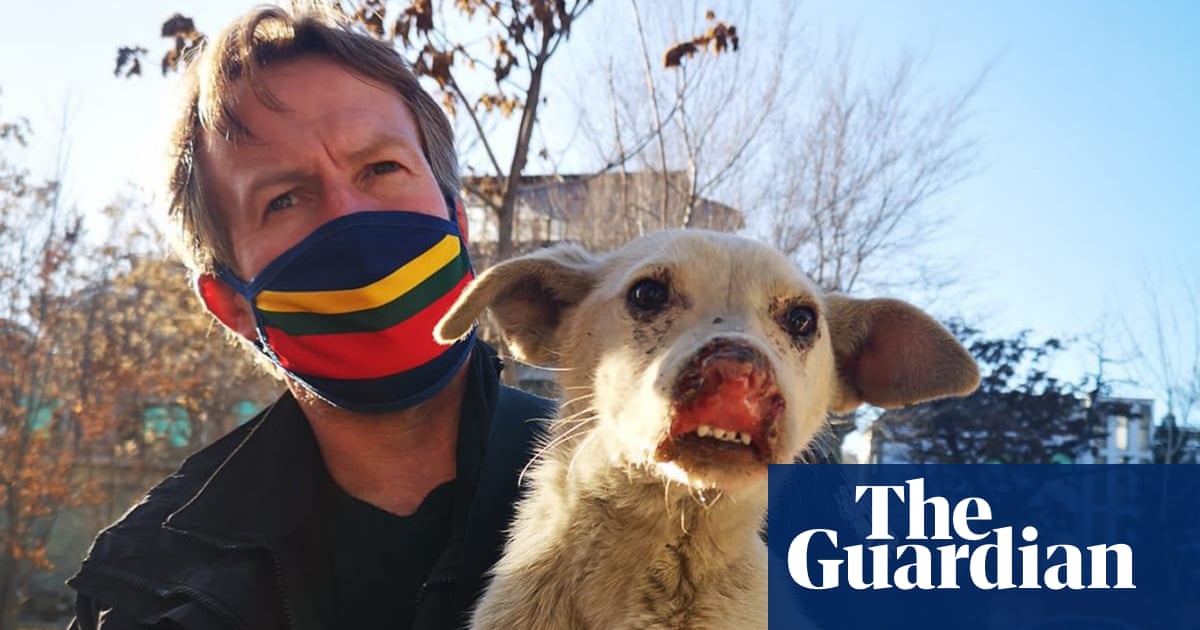 A former Royal Marine who has been campaigning to have dozens of people and hundreds of animals at his sanctuary evacuated from Afghanistan has been offered a glimmer of hope after the defence secretary said UK officials would help.

Paul Farthing, known as Pen, had already been given authorisation to get his people out but continued working with supporters to secure safe passage for 140 dogs and 60 cats they were caring for at the Nowzad shelter he founded in Kabul after serving with the British army in Afghanistan.

“Now that Pen Farthing’s staff have been cleared to come forward under [leave outside the rules], I have authorised MoD to facilitate their processing alongside all other eligible personnel at (Kabul airport). At that stage, if he arrives with his animals we will seek a slot for his plane,” Ben Wallace tweeted in the early hours of Wednesday.

“If he does not have his animals with him, he and his staff can board an RAF flight. I have been consistent all along, ensuring those most at risk are processed first and that the limiting factor has been flow through to airside not airplane capacity.”

Two days earlier, a jubilant Farthing had announced the UK government had granted visas for all his staff and their dependants – totalling 68 people. But the evacuation of the shelter’s animals – a plan he named Operation Ark – remained a sticking point.

Wallace had insisted the animals would have to wait behind since the UK would prioritise the evacuation of people onboard RAF flights out of Kabul.

Nowzad supporters on Tuesday announced a privately chartered Airbus A330 – funded by donations – was on standby to fly to Kabul to rescue the group’s workers and animals.

But Wallace said this was still not a “magic wand”. Insisting the biggest problem with evacuations in Kabul had been getting people safely into and through the airport, he said the chartered plane would merely “block the airfield” and “sit there empty” as the processing of the thousands of people trying to leave Kabul would be prioritised over the airlifting of animals.

Farthing has previously said the animals would be transported in the aircraft’s hold and that, once his staff were accommodated, any spare seats on the plane could be filled by other people cleared for passage by UK authorities, with the flight able to take 250 passengers in total.

Earlier, a Nowzad supporter in the UK, veterinary surgeon Dr Iain McGill, had said people were ready to take in the animals once brought to Britain.

McGill said that after the animals and the charity’s staff, the remaining 130 seats on the plane would be filled with at-risk Afghans.