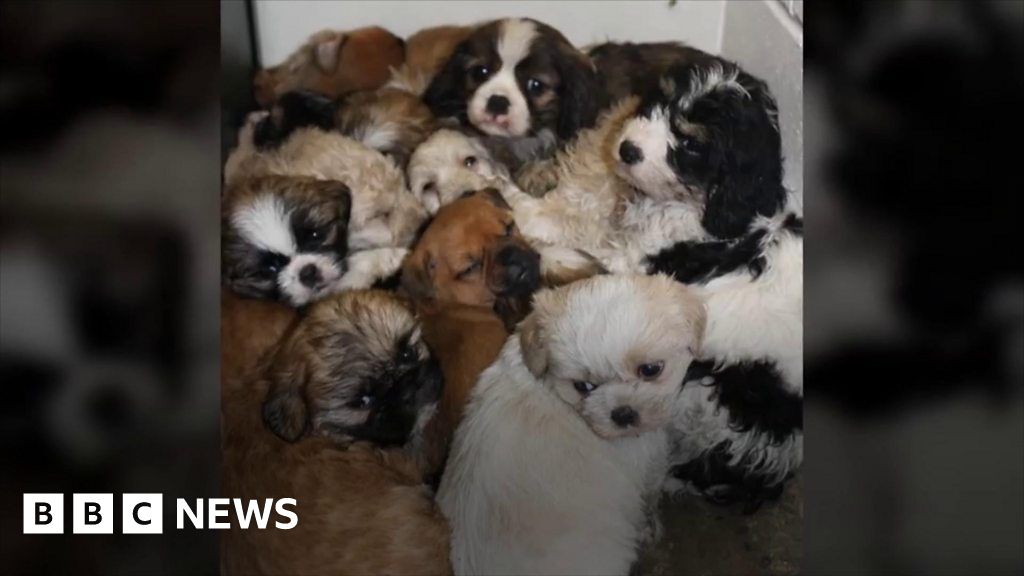 ‘Puppy trade is the new drugs’

It exposes how many illegally exported dogs in the UK begin life in barns and sheds in the Republic of Ireland.

Northern Ireland is also identified as a hub for trafficking such dogs into other parts of the UK.

Speaking to Spotlight Chief Superintendent Mike Flynn from the Scottish Society for the Prevention of Cruelty to Animals said: “For the puppy trade in Scotland, I would say 90% of all problems come through Belfast.

Spotlight will be on BBC1 Northern Ireland at 22:35 BST.