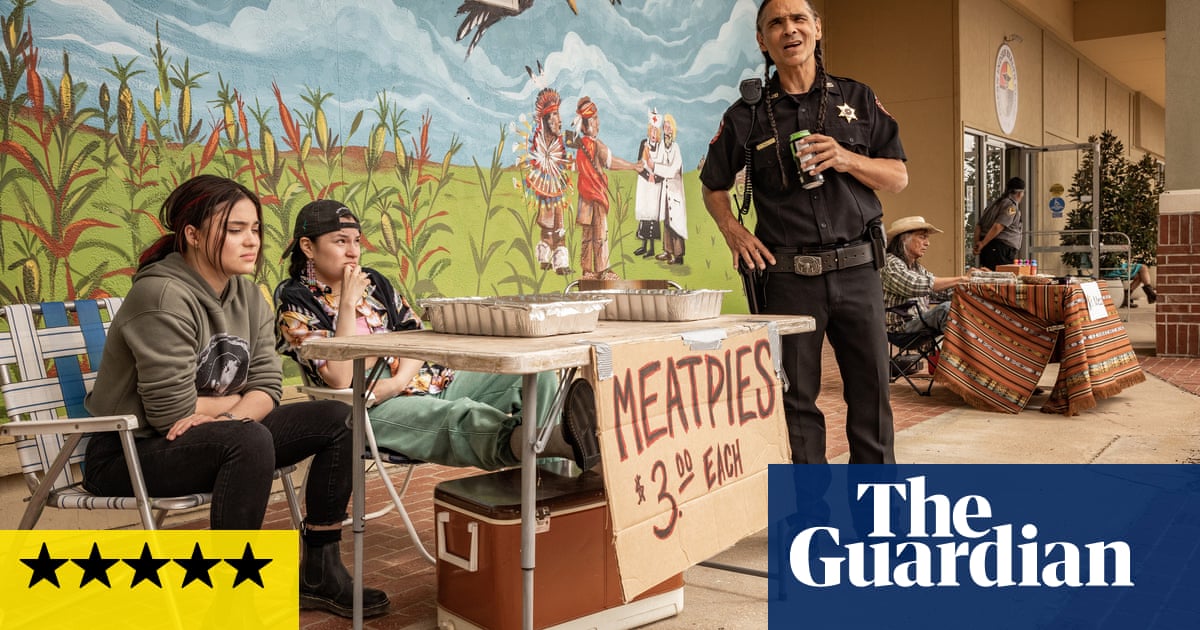 Before he cavorted with Rita Ora at this year’s Met gala in New York, before he took us on a psychedelic tour of the Marvel Cinematic Universe, Taika Waititi was known as a compassionate chronicler of childhood adventures. His early feature films, Boy (2010) and Hunt for the Wilderpeople (2016), set in New Zealand, drew affecting and very funny portraits of young people on the cusp of innocence and knowing. Much of that same magic has been transported to Indian Territory, Oklahoma for this comedy series on Disney+. Now though, Waititi has appropriately taken a backseat to Sterlin Harjo, co-creator and the showrunner, who is a lifelong Oklahoman and member of the Muscogee and Seminole Nations.

D’Pharaoh Woon-A-Tai, Devery Jacobs, Lane Factor and Paulina Alexis star as Bear, Elora Danan (yes, like the baby in 80s film Willow), Cheese and Willie Jack – four Native American teenagers who have embarked on a lackadaisical crime spree to fund the Californian escape they dream of. It is this rural community, with its cycles of poverty and addiction, that they blame for the death of their friend Daniel.

Each of these young performers is an exciting discovery, with Alexis, in particular, possessing more than enough outlaw insouciance to stroll alongside Mr Brown, Mr Pink et al in the Tarantino classic. Reservation Dogs also makes room for more established talents, such as Zahn McClarnon (Westworld, Fargo) as Officer Big, the Rez Dogs’ rather genial nemesis on the tribal police force. He is trying to make an arrest in the case of the hijacked snack truck but, he’s not trying that hard. Gary Farmer, whose roles in Jim Jarmusch’s offbeat western Dead Man and landmark Native American film Smoke Signals (1998) class him among the best-known Indigenous actors, has a lovely cameo as reclusive stoner elder Uncle Brownie. He claims to “live off the land, mainly”, but tell-tale fast-food wrappers suggest otherwise. It is Dallas Goldtooth, though, from Harjo’s all-Native comedy troupe, the 1491s, who brings the biggest laughs. He plays a bare-chested, ancestral spirit-guide who appears to Bear every time he gets knocked out (which is often), and claims to have been at the Battle of the Little Bighorn: “Well, I actually didn’t fight, but I came over the hill real rugged-like … You and your daggy-ass friends, what are you doing for your people?” 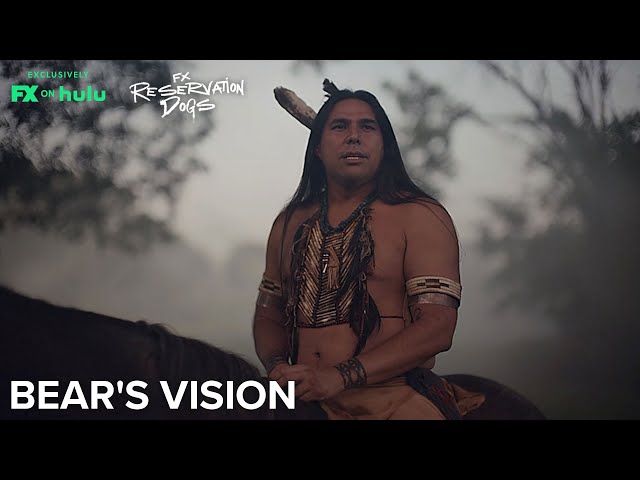 Watch a trailer for Reservation Dogs.

Reservation Dogs is able to lay waste stylishly to centuries of myth and misrepresentation due to one simple, crucial, innovation: almost everyone involved in the production is a Native American, offering a perspective which never panders to the often-fetishising gaze of outsiders. Instead, this show tells of the push-pull of home: that simultaneous yearning to both belong and be free. It is a familiar coming-of-age experience, and one that is presumably only intensified when your homelands have been stolen and sold back by the colonisers more times than history records. Reservation Dogs doesn’t get too deeply into all that – in the same way that teenagers themselves tend to skate along the surface of generational trauma, aware but apparently unbothered.

They have enough to deal with as it is, between “out-of-work Indian rapper” dads, turf disputes and acid reflux brought on by a diet of fried catfish and Flamin’ Hot Cheetos. So they reach their own terms with the old ways, on the fly: bad omen owls are respectfully pixellated. Traditional beadwork medallions are coveted, but obtainable only via a bad-tempered aunt with an unfortunate flair for phallic designs.

Yet, acknowledged or not, the painful past is always present. Sometimes it is comically blunt, as in the blown-up $20 bill image of the seventh US president, Andrew Jackson, that Uncle Brownie uses as target practice. At other times the implication is more oblique: Officer Big, the lone law enforcement representative, nods to a jurisdictional jumble that contributes to the ongoing epidemic in North America of missing and murdered Indigenous women (MMIW).

The fact that Native Americans were for so long depicted on screen as stereotypical sexy squaws, warring “injuns” or gnomic spirit guides makes this a long overdue milestone. Harjo’s real achievement, though, is in wearing the heavy burden of representation so lightly. In every scene Reservation Dogs combines its Native American heritage and its US indie film heritage in a potent and smoothly smokable blend. So spark it up. As Uncle Brownie says: “That’s Creator’s medicine!”