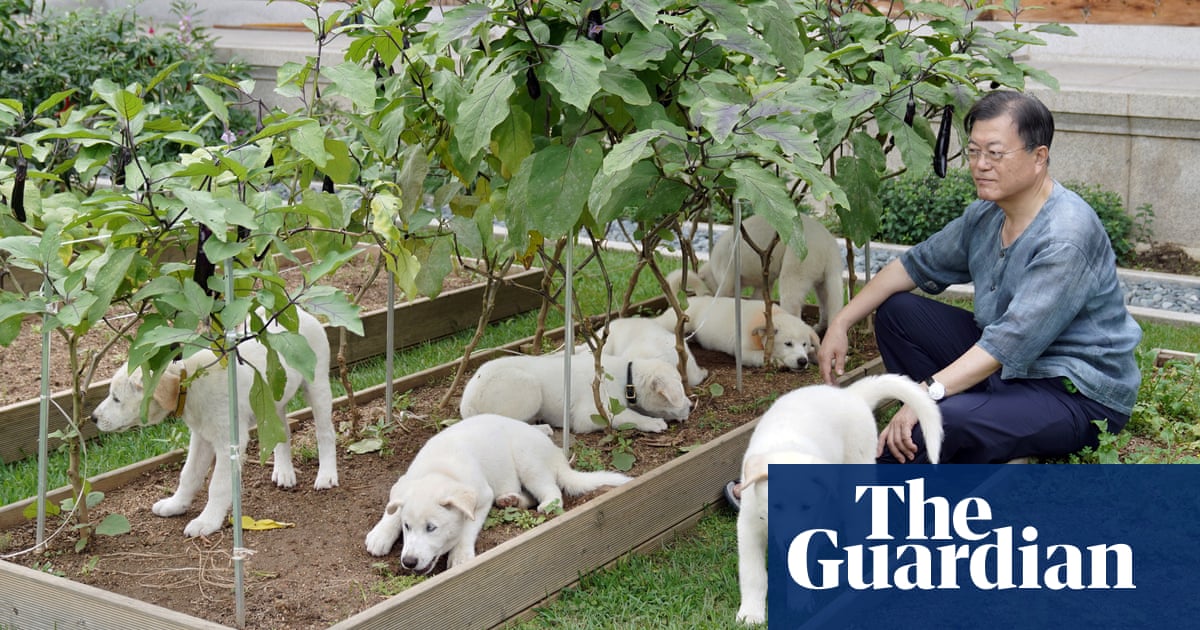 Moon Jae-in, a dog-lover, says ‘time has come’ for traditional practice to end

The South Korean president, Moon Jae-in, has raised banning the eating of dogs in the country, his office said, a traditional practice that is becoming an international embarrassment.

The meat has long been a part of South Korean cuisine with about 1 million dogs believed to be eaten annually, but consumption has declined as more people embrace the animals as companions rather than livestock.

The practice is something of a taboo among younger generations and pressure from animal rights activists has been mounting.

“Hasn’t the time come to prudently consider prohibiting dog meat consumption?” Moon asked the prime minister, Kim Boo-kyum, during a weekly meeting on Monday, according to the presidential spokesperson.

South Korea’s pet industry is on the rise, with a growing number of people living with dogs at home – the president among them. Moon is a known dog lover and has several canines at the presidential compound, including one he rescued after taking office.

Adopting Tory was one of Moon’s pledges during his presidential campaign and the pooch became the first rescue dog to make its way into the Blue House.

Moon made the remarks as he was briefed on a plan to improve the care system for abandoned pets, his spokeswoman said.

South Korea’s animal protection law is intended mainly to prevent the cruel slaughter of dogs and cats but does not ban consumption itself.

Nonetheless, authorities have invoked the law and other hygiene regulations to crack down on dog farms and restaurants ahead of international events such as the 2018 Pyeongchang Olympics.