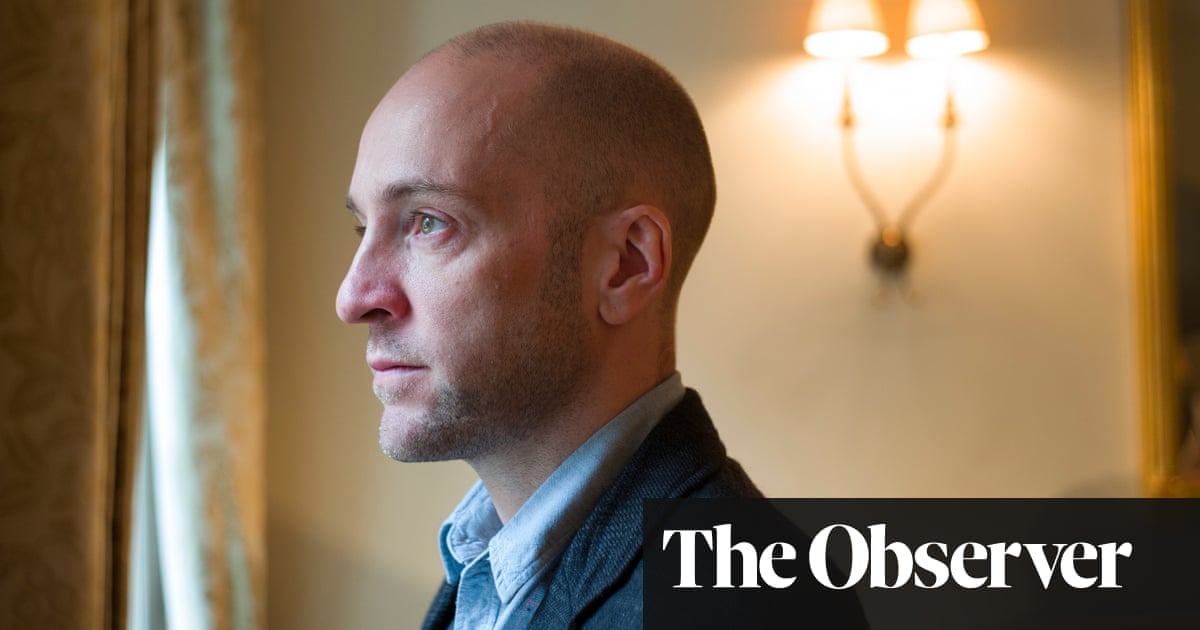 Sunday with Derren Brown: ‘I vacuum the taxidermy on a biweekly basis’

Show caption ‘I learned to cook working as a magician in restaurants in my 20s’: Derren Brown. Photograph: Graeme Robertson/The Guardian
Sunday with…

Who wakes you up? We’ve got two dogs – a Beagle Basset called Doodle and a Tibetan Terrier called Humbug – who start yipping at 7am. I’ll pretend to be asleep, hoping that my partner will let them out, and he’ll do the same.

Sundays growing up? My parents watched sporty things like Ski Sunday that I had no interest in, so I’d be up in my bedroom, drawing or making Lego. I was an only child until I was nine, which is why most of my interests are quite solitary.

Sunday cooking? I learned to cook working as a magician in restaurants in my 20s and hanging around with the chefs. I’ll cook my famous risotto or four-hour spaghetti bolognaise, so my partner gets at least one nourishing meal a week.

Sunday misconception? People often cite me as one of their fantasy dinner party guests, but I really don’t like dinner parties unless it’s all close friends. I lack whatever gene makes them enjoyable to other people. So I avoid them where I can and would make a hopeless guest.

Sunday rituals? I do have to blow the taxidermy on a biweekly basis. I go around with a Bosch cordless leaf blower and blast all the dust off the animals.

Pardon? I collect ethically sourced stuffed pets and animals that have died in zoos. We’ve just moved to a sprawling 14th-century farmhouse. We didn’t have any proper lighting until recently, so you’d be walking past all these dead animals in the dark, which made for quite a creepy environment.

Sunday wind down? I might make us a Martini and we’ll retire to the TV room with the dogs. I’m loving the American comedy drama Forever , and I loved Mare of Easttown . One of us normally falls asleep after five minutes, so I’ll take the dogs out, gently wake him up, head off to bed and it starts all over again.

Derren Brown is currently on tour with Showman. A Book of Secrets is out now. See derrenbrown.co.uk