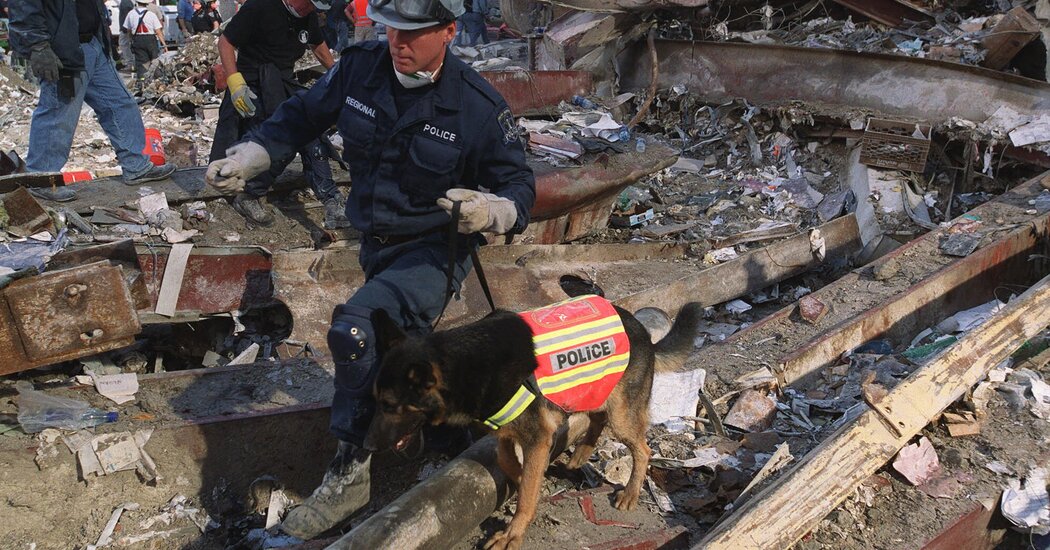 The Dogs of 9/11: Their Failed Searches for Life Helped Sustain It

Two exhibitions in New York recognize the search and rescue dogs who combed through the World Trade Center wreckage, trying to find survivors. 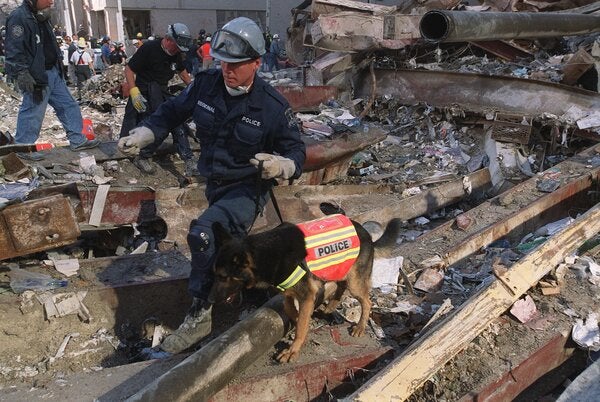 James Symington and his German shepherd, Trakr, searching through rubble at the World Trade Center tower collapse site in New York, on Sept. 13, 2001. From the exhibit “K-9 Courage,” at the 9/11 Memorial Museum. Credit... Stephen Chernin/Associated Press

For more than two weeks after the twin towers collapsed on 9/11, hundreds of search and rescue dogs hunted for signs of life in the smoldering ruins.

Ricky, a 17-inch-tall rat terrier, was able to squeeze into tight spaces. Trakr, a German shepherd from Canada, combed the wreckage for two days — then collapsed from smoke inhalation, exhaustion and burns. Riley, a 4-year-old golden retriever, searched deep into the debris fields and helped locate the bodies of several firefighters.

Subscribe to The Times to read as many articles as you like. nytimes.com/subscription
We use cookies to ensure that we give you the best experience on our website. If you continue to use this site we will assume that you are happy with it. Ok