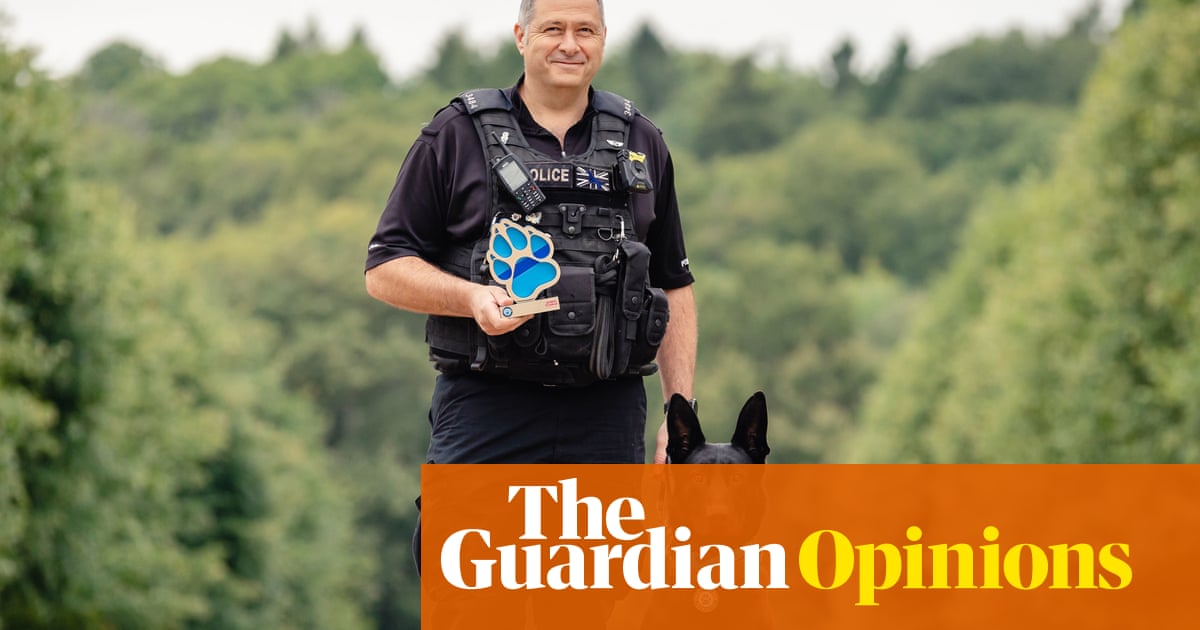 The real reason dogs are better than cats | Zoe Williams

They are clever, versatile, pro-social – and tenacious in the extreme

The Thin Blue Paw is a new organisation honouring the achievements of police dogs, in active service or retired. The inaugural award for outstanding bravery was won by Stark, a West Midlands rookie police dog who kept holding on even as the suspect in his grip attacked him with a machete. Initially, I thought, have these people never met a dog? That’s what they do. There’s an actual adjective named after them. It’s like giving Kate Winslet an award for having expressive eyes (coincidentally, she did win an Emmy the same week for this very thing).

Then I read how many times Stark was hit with the machete and revised my view to be more awestruck. But I still thought: if it’s tenacity the police are looking for, they should switch to staffordshire bull terriers. My dog would still be attached to the criminal – he wouldn’t let go for long enough to attend the awards ceremony. Then I read the extent of Stark’s injuries, and the happy news that he is now recovered, and I had a hard word with myself. This is indeed an outstanding dog, who deserves all the plaudits life throws at him.

Prison Service dogs also have quite a complex awards system, and so do staff members of the prison estate. I’m a trustee of the Butler Trust, which celebrates the people (not the dogs). One year, another trustee was also on the dog judging panel, and I definitely considered – although I hope didn’t say out loud – merging the two bodies so we could have the ceremony for both species at Buckingham Palace. The canines were just so incredible, so versatile: drug dogs that could also smell sim cards, perimeter dogs that also cheered people up. I wasn’t thinking they should go head-to-head with the prison officers, by the way, who are more incredible still (details to follow next March, when we announce our winners).

People always call them “service animals”, presumably to indicate that cats are also eligible. Yet cats never win, because they are not pro-social. Cat people, one day, will accept this.

• Zoe Williams is a Guardian columnist