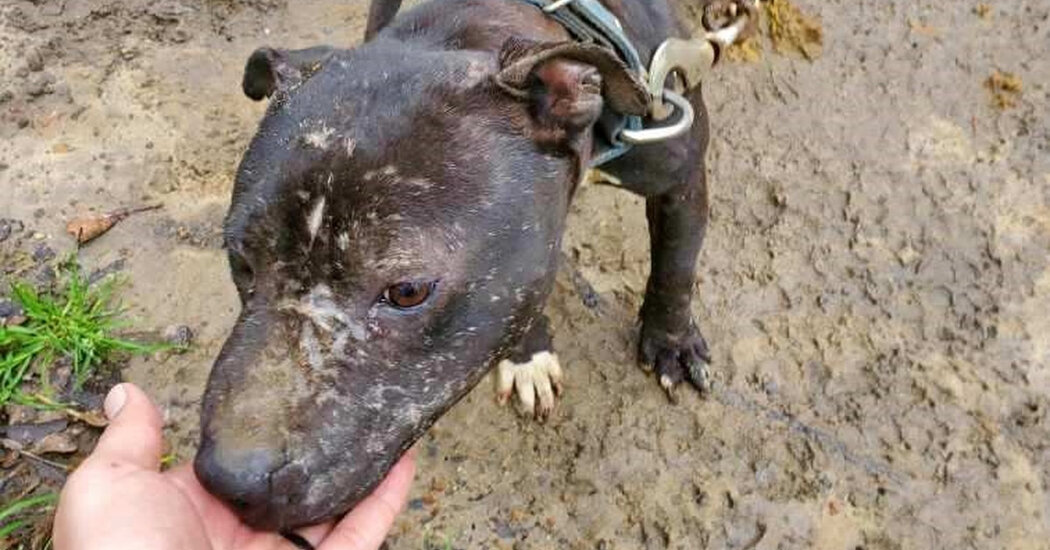 The defendant, Vernon Vegas, 49, of Suwanee, Ga., trained dogs for fights hosted by a cocaine trafficking and dog fighting ring that operated in at least three states, federal prosecutors said. 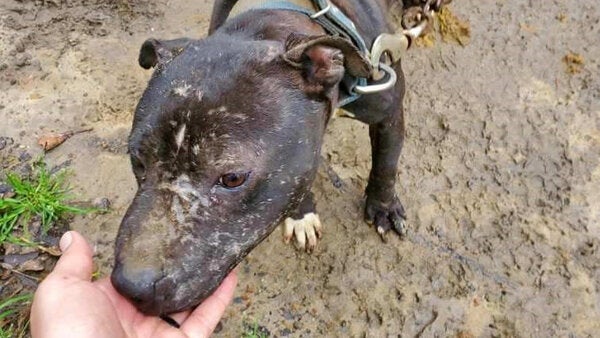 Dog fighting is prohibited in all 50 states and the District of Columbia, though penalties vary by state, according to the American Society for the Prevention of Cruelty to Animals. Credit... U.S. Marshals Service 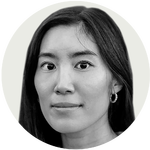 A Georgia dog breeder and trainer who helped operate a multistate dog fighting ring has been sentenced to the maximum five years in prison for violating federal animal welfare laws, the Justice Department announced on Wednesday.

Vernon Vegas, 49, of Suwanee, Ga., described by federal prosecutors as “a well-known dog-fighting trainer and breeder,” was a “trainer to the trainers,” teaching others about the “bloody and brutal business of dog fighting,” Peter D. Leary, the U.S. attorney for the Middle District of Georgia, said in a statement.

The criminal organization Mr. Vegas participated in was active in Georgia, Florida and Alabama and was also involved in cocaine trafficking, federal prosecutors said. They said that dog fighting is often linked to other dangerous criminal activities.

In February 2020, law enforcement officers served 15 search warrants and seized more than 150 dogs that had been used for fighting, the Justice Department said.

Mr. Vegas pleaded guilty on Sept. 14 to conspiracy to participate in an animal fighting venture, about nine months after the Justice Department had first charged him and 10 others in a 136-count federal indictment with drug trafficking and dog fighting. He was sentenced on Tuesday by Judge Tilman E. Self III of U.S. District Court in the Middle District of Georgia.

Mr. Vegas will pay a $10,000 fine, in addition to forfeiting $116,819 in cash seized by law enforcement personnel during the investigation. He will also be subject to three years of supervised release after serving his prison sentence.

Debra Gomez, Mr. Vegas’s lawyer, said that none of the confiscated dogs had belonged to her client and that they had not been found on his property.

“He was in advising and training, sort of like a coach, and he was being paid to do that,” Ms. Gomez said, adding that Mr. Vegas now considers dog fighting “an addiction worthy of psychological treatment and rehabilitation.” After he has served his sentence, she said, he plans to use his “years of respect” in the dog fighting world to help others overcome the addiction.

Since at least 1996, Mr. Vegas, the owner of Cane Valley Kennels, specialized in breeding and training fighting dogs. He designed a seven-week program to prepare the animals before fights and assembled online pedigrees for dogs he bred and trained. Between January 2017 and February 2020, he also attended numerous dog fights in Georgia and advised co-conspirators about fighting, the Justice Department said.

He operated two locations, in Suwanee and in St. Croix, in the U.S. Virgin Islands, said Wyn Hornbuckle, a Justice Department spokesman.

Mr. Vegas handled dogs advertised online as champions and grand champions, terms used to refer to the number of fights a dog has won. One of Mr. Vegas’s grand champions, a female pit bull named Baby Gracie, is listed in an online pedigree database and is described as having “toured through five different states in 16 months for her grand championship.”

A dog fight is a staged event in which two dogs are pitted against each other and fight until one of the dogs is unable to continue. The practice has been going on for centuries, despite opposition, according to academic research.

Dog fighting is prohibited in all 50 states and the District of Columbia, though penalties vary by state, according to the American Society for the Prevention of Cruelty to Animals. The organization estimates that there are “tens of thousands” of people involved in dog fighting in the United States.

To train the dogs, Mr. Vegas used an array of tools, including slat mills, a type of dog treadmill; sticks used to break up fights and to pry open a dog’s mouth; chains; medicine to treat injuries; and a skin stapler.

Dog fights were organized by the defendants and hosted at their homes in Georgia, Florida and elsewhere, according to court documents. The defendants refereed fights, handled bets and collected forfeit fees. They charged admission fees of up to $150 for spectators.

Defendants learned and used techniques to “maximize the aggressiveness and fighting capabilities of dogs” and employed devices like weighted collars to strengthen dogs’ neck muscles, according to the indictment. They obtained medical equipment to treat injured dogs without involving trained professionals.

Todd Kim, an assistant attorney general with the Justice Department’s Environment and Natural Resources Division, said in a statement that Mr. Vegas’s case “illustrates that dog fighting is intimately connected with the underworld of drugs and organized crime.”

From about May 2019 to February 2020, law enforcement agencies led by the Drug Enforcement Administration investigated the criminal ring and obtained court orders to intercept phone calls and text messages for five of the defendants. The investigation led to additional participants, including Mr. Vegas, Mr. Hornbuckle said.